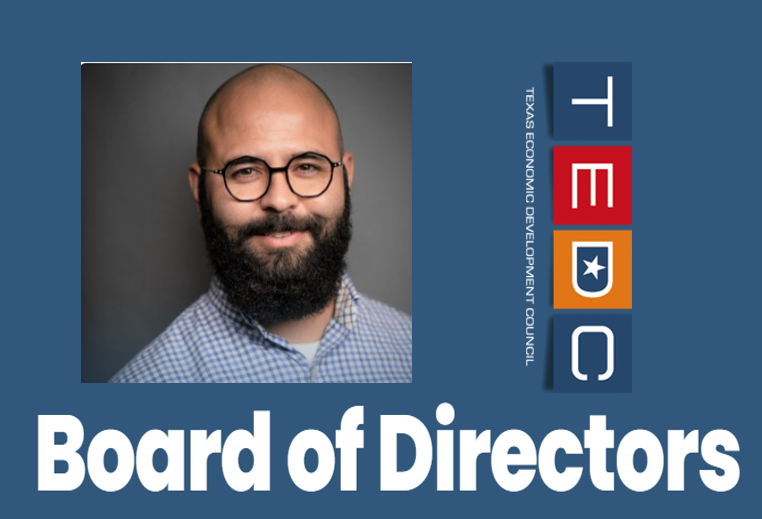 Executive Director Appointed to TEDC Board

TEDC Announces Board Chair, New Board Members and Election of Board Treasurer

The Texas Economic Development Council (TEDC) at its Board Meeting on October 15, 2021, recognized Wesley Burnett as the 2022 Chair of the Board of Directors. Wesley will serve as board chair effective October 15, 2021, through October 21, 2022. He has been a member of the TEDC’s Executive Committee since 2018.

The Texas Economic Development Council is governed by a 24-member board and an 8-member Executive Committee.

The TEDC provides information, education and legislative services to its members to foster the expansion of existing businesses, the location of new firms and the development of strategies that promote a positive business climate in Texas. With 850 members, the TEDC is the largest state economic development association in the nation.